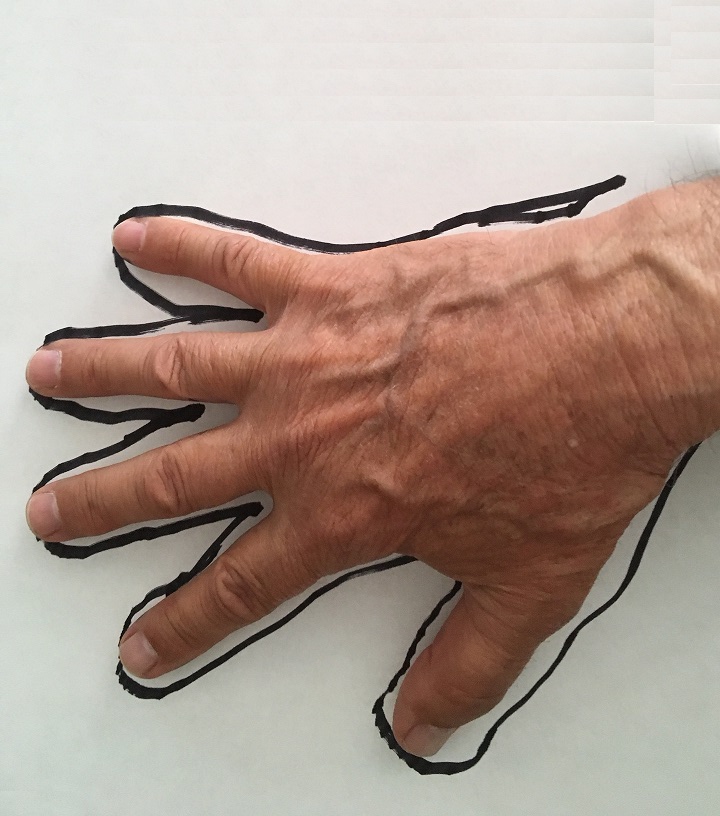 Without our hands, there would be no music. There would be no fingers to key the piano or the guitar. No fingers would slide the trombone. Drumsticks could not be held and no drums could be built. A hollow log and its pounding by an “artist” would be the only percussion recognizable by human ears. Instruments like the violin and the recorder would not exist. No symphony would come together with its cellos, flutes, oboes, tubas, timpani, English horns, piccolos, clarinets, chimes, and let’s not forget the cowbell.   Maybe that last is not something to be sorely missed.

Choral singing with printed music held in hands would not be typed. Without hands, there would be no transmission between one person and another, other than the face-to-face of a single musician. Our current-day concerts for thousands of people would not exist. No televised Billy Joel, no Moana, and no Tchaikovsky would have graced the sound waves. No radio, no Cds or MP3s would have been crafted by handy technicians.

We would also not be able to repair a heart, rein a horse, julienne a carrot, rappel down a cliff, apply lipstick, drive a car, slice our meat, cap a tooth, make a dress, use an ATM machine, eat an artichoke, or thumb the pages of a book or a remote control.   Shoes could not be tied, zippers zipped, or buttons slid into button holes.

Our hands do what we tell them to do. Here is a fascinating example. Before launching a satellite into space, it has to be on the rocket in Florida. To get there on time, it has to be on a truck, then a plane, and trucked again.   The satellite has to be manufactured before it can be loaded. My friend Earl was down to the last five minutes of that timeline while assembling a satellite in California. Then the worst thing happened. He lost his concentration for a moment and dropped a wrench inside the satellite.   Commanding his hand to reach into the hatch, he forced his hand further than it was designed to go. It came back out the hatch gripping the lost tool but the middle finger’s flexor digitorum profundus tendon snapped and shot back into his wrist. Under ordinary circumstances the pain in the hand would have lost its grip, but Earl commanded it not to.

There were 953,434 animal species catalogued on the Earth as of 2011. Not one single other species has our hands. Since this is the most developed and specialized part of the body, how likely is it that not one other species “evolved” to develop this magnificent appendage? That is because it was not evolution but God’s gift that gave these dexterous limbs to us. He gave them to us to fold in prayer, to drop a five dollar bill on a needy person, to stroke the hair into place on a granddaughter’s precious head, and to point the way for a lost stranger. Thank God for our hands.