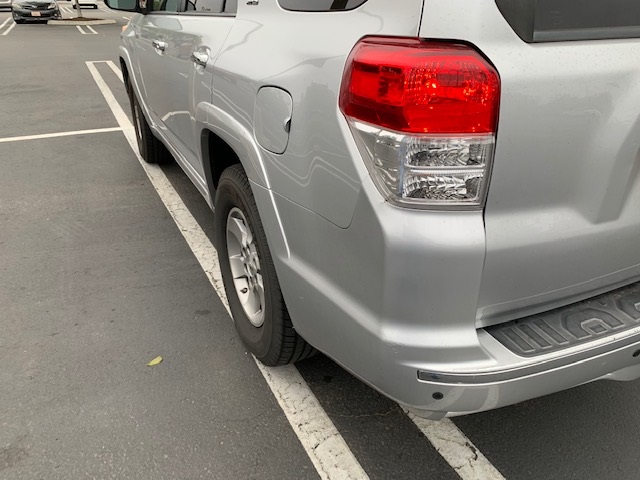 Major Dad                                    May 2019
When you park at the supermarket and the car that arrived before you is three inches over the line into your space it, can be rather irksome.  If we were to arrive an hour before, we might have seen why.  The person that was next to their space on the other side was SIX inches over the line when they arrived.
My Dad was hard to figure out. He drank a lot despite having a beautiful wife and five above average children. At least above average in IQ but perhaps not so much in common sense. His USMC career was a success but not without problems. He fell from a ship into a landing craft and broke almost everything on the left side of his body. Years later he flipped a jeep and broke almost everything on the right side. He had a lot of residual pain with which to deal.
Dad’s father and mother had divorced around the time that I was born. I don’t remember ever meeting my grandfather though there are pictures of him and me together when I was a toddler. I didn’t know about Dad’s relationship to his father until I reached my forties and started asking questions.
Here is what he told me and some of it was quite surprising.   As a young child my dad had a fear of heights. His father, known as The Old Man, decided that the way to cure that was to hold him by his ankles over the Fire Falls in Yosemite until he squeaked out, “I’m not afraid anymore.”   Now that technique seems pretty cruel; however, since dad went on to be a fighter pilot in WWII, the jury is out on that conclusion.
When my dad was around 10, The Old Man was driving dad’s brother Bill 8, sister Maggie 6, and his mom across the desert on Route 66 from Dallas to LA. Most likely the kids were acting up when he pulled over to take a stretch break.   With kids running around, he got back in the car and drove off without them or my grandmother. He came back four hours later and asked, “Are you going to behave?” Then he let them continue the journey.
My dad started driving Bekins vans when he was 14 with a team driver named Gus Perino. He was driving solo by the time he was 16. On one of his solo trips he saw his first oil gusher out in West Texas.   He couldn’t wait to tell his dad and came rushing into the office to do so. The Old Man just said, “Go wash that truck.”
At dinner, The Old Man sat at the other end of the table from grandmother. They did not talk directly to each other. Instead, she would turn to one of the children and say, “Tell your father, such and such.” He would say to the kid closest to him a “tell your mother” response.
All in all I guess I finally understood why my father drank and found it difficult to love. His father had been six inches over the line.   We are a product of our parents and they of theirs before them. That is why we should be lovingly straight forward with our children, regardless of their age. Tell them you love them and do it today.