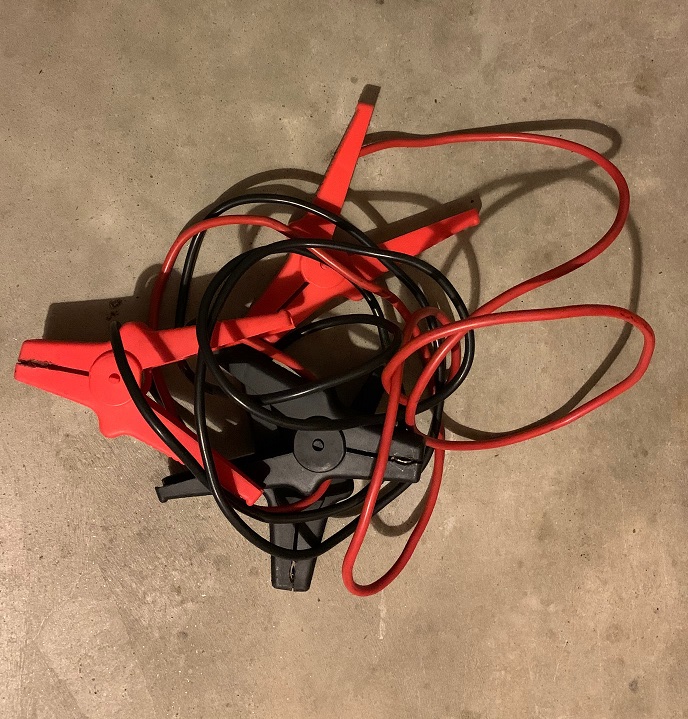 Gratefully, I found one just a block away and in it, a tattered, but mostly-intact, phonebook. Locating several 24-hour tow-truck services, I got an answer on my third call. A fellow named James said he would be to me in about 40 minutes.

I sat in my car with my breath fogging the windows and turning into ice crystals. When headlights lit them up, I realized James had arrived. We met and I resisted hugging him, but the impulse was very strong. In a few moments, he had jump started the family car, been paid, and was on his way back to the garage.

As I slowly backed over the ice and out of my parking spot, my car died. Tears came to my young eyes but I choked them back. A few seconds later James truck came back around the corner. He greeted me with, “You’d be surprised how many people do that.“ He told me to let it run for at least 15 minutes before I moved.   He gave me a second jump start back into operation.

Until just now I never realized something. Cindi and I named our son James after my best friend. Maybe, that was only part of the story. Maybe there was a distant memory of the man who helped me.    James the tow truck driver would be about 110 years old if he were still around. I sure would like to see him, and this time I would definitely hug him.

We are called in our labors to work as unto the Lord. Yes, as though Jesus were our employer and our client. James certainly exemplified this. He could have just taken the money and gone back to the warmth of the garage, but he waited to make sure I was OK. He went that extra mile.